A child and his puppy portrait painting. 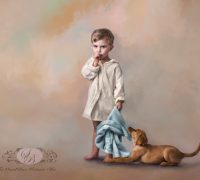 They fight over the blanket, toys and both are being potty trained together! What was my daughter thinking? Yes, this is my grandson and this mixed media portrait painting was a Christmas gift I painted for her. This was a labor of love but this is what it’s all about isn’t it? Not putting off and waiting until one day to do what is important to us. I am so thankful to be able to offer this service to SandBar’s clients. Taking gorgeous portraits and turning them into Art for their homes. A mixed media painting can be created from any of our sessions, equine, pet, children or family on the beach. If this is something that interests you call me for more information. ~ Barb 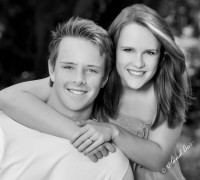 We so appreciate our loyal clients that are truly more like friends to us.

Look at who came to SandBar last week for their High School Senior Portraits. Oh My Goodness, where has time gone.

Today is Throw Back Thursday……When we first met

Lauren and Jonathan were so cute as children but they are not little children anymore.

Look at them now.

They are smart, they are so kind and both beautiful inside and out. I sound like a proud grandparent but we have the opportunity to meet so many wonderful children, young adults and parents.

fun in studio getting warmed up

Can you tell how she spends her past time! 😉

this is not a pose- this is a ” Jonathan stance”

One of my favorites in black and white.

Thank You Lauren and Jonathan for choosing SandBar Photography. We wish you both all the success life can bring and have no doubt you two will go far in this life and make the world a better place just for being YOU! 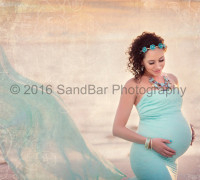 When Alice first met us at Parent Child Expo this past June at Germain Arena where we have been doing an annual photographic art display for the past 8 years, she was very much pregnant with her third child and had asked us to do a maternity photoshoot at Fort Myers Beach. She was only a few weeks away from her expected due date. We were very much surprised she was that far along and normally our schedule doesn’t allow such quick scheduling.  In most cases the idea time to capture maternity photos are between 28 and 32 weeks. This is because of water retention that causes puffiness and swelling in face and feet.

Alice was a different scenario, she looked amazing and didn’t have the usual swelling. She wanted something on the beach and loved our art work of families and children on display. “Your work is different and looks like paintings” she told us. Yes, that is a common statement and one we strive for in each session. Personal art for each client’s home!

Here are some of the images we produced that evening with her family.

dreaming of little one to come

Momma feeling sassy in one of our maternity gowns from Sew Trendy Accessories  www.facebook.com/sewtrendyaccessories

beautiful maternity silhouette at sunset. The last image made that gorgeous evening.

Alice has since had her sweet daughter and a newborn blog is sure to follow. 😉 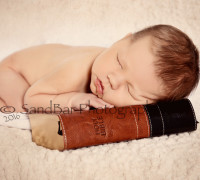 Only 5 days old and so precious….

This beautiful baby boy was just 5 days old at our SandBar Studio newborn session. His name is Asher and such a sweet little one to work with. He was an absolute dream baby, easy to photograph and position.

“every good and perfect gift comes from God…”

Older brother “Chosen” watching over him during the session. Chosen is so happy to have a baby brother.

We welcome the Micco’s to our ” SANDBAR Family” and we are honored to have the privilege to track his first year of growth with fine portraiture that will be cherished a lifetime.

Blessings to the Micco family. 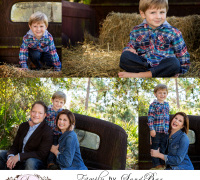 It’s not about a color, it’s about educating, bringing people together to help raise awareness and support for a disease that has taken many of our children and loved ones.

Cassidy Megan created the idea of Purple Day in 2008, motivated by her own struggles with epilepsy. Cassidy’s goal is to get people talking about epilepsy in an effort to dispel myths and inform those with seizures that they are not alone. The Epilepsy Association of Nova Scotia came on board in 2008 to help develop Cassidy’s idea which is now known as the Purple Day for epilepsy campaign. The internationally recognized color for epilepsy which is Lavender so she named it “purple day”

Here are just a few facts from the Epilepsy Foundation     http://www.epilepsy.com/connect/forums/living-epilepsy-adults/epilepsy-stats-and-facts:

1 in 10 people will have a seizure in their lifetime.

In America, Epilepsy is as common as Breast Cancer, and takes as many lives.

The federal government spends much less on Epilepsy research compared to other diseases, many which affect fewer people.

Research funding for Epilepsy is about $35 per patient compared to $200-$400 for the other illnesses.

Sudden Unexplained Death in Epilepsy (SUDEP) accounts for 10% of all Epilepsy related deaths; 85% of these fatalities occur between ages of 20 to 50. SUDEP incidence is approximately 1 in 1000 people with Epilepsy annually more than 10 times the sudden death rate found in the general population.

What can we do?

You can wear purple clothing,

make purple ribbons with your children to wear

and also make bows to tie around trees in your neighborhoods and communities.

have a mani/pedi day and get your purple on.

Replace your outdoor light bulbs with purple ones,

release purple balloons in honor of those with Epilepsy and those we have lost to Epilepsy.

It is our responsibility as advocates, parents, caregivers, family members, friends of those with Epilepsy to “Talk About It” to bring Epilepsy into the forefront make it both a household name and word to be used, discussed on an ongoing and continual basis.

Advocacy starts with us, it starts by doing something so simple and watching it spread around the community and globe. Take the time this year to get involved in your own communities and choose to work with an Epilepsy Foundation you feel is truly working for the greater good of the community and its residents. We are all in this together, we are all fighting for the same thing a Cure. Their is no reason that we cannot come together and work together, there is no reason other Epilepsy organizations established or those that are new can not work together and do something to benefit not only both organizations but the communities they live in.

This month Epilepsy Warriors chose one of our portraits of Jackson for their cover photo for their article.  This image was taken during a family portrait session at our studio around “Ole Rusty” .  Jackson was so adorable, fun and hamming it up for the camera. He was totally a typical 3 year old. It wasn’t until afterwards Mom told us that he had  a seizure on back of truck, it was a moment when he was quiet and just kinds stared off and shook a little.

Read More of Jackson’s story by clicking on link below

“Epilepsy is an ugly beast ” quote from a loving Mom who is doing everything in her power and praying for wisdom and guidance on raising a precious gift from God! 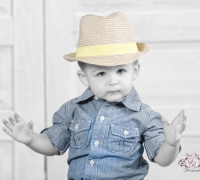 We would like to thank all our beautiful babies for participating

winners and couldn’t get any cuter with such adorable antics, and expressions.

We had a blast in the camera room with the cherubs and charmers!

May each and everyone grow up to stay just as adorable and sweet as they are now.

And the winner is Kian

Thank You parents for your support and being so awesome during a few bumps in the road during the week of voting.